Today is Independence Day in the United States, sometimes known simply as “The Fourth of July,” or simply “The Fourth.” With apologies to my British readers (not really), it is the day we commemorate telling the King of England to “scram!” Or, as the Chinese might say, “Liberation!”

I know that most July Fourth activities are best done outside — grilling, picnicking, boating, blowing things up — but if you should find your celebrations rained out and are looking for something to do inside, I’d like to recommend this fantastic PBS series called Liberty! The American Revolution. Here’s the blurb:

LIBERTY! The American Revolution is a dramatic documentary about the birth of the American Republic and the struggle of a loosely connected group of states to become a nation. The George Foster Peabody award-winning series brings the people, events, and ideas of the revolution to life through dramatic reenactments performed by a distinguished cast. LIBERTY! is hosted by ABC news anchor Forrest Sawyer and narrated by Edward Herrmann. 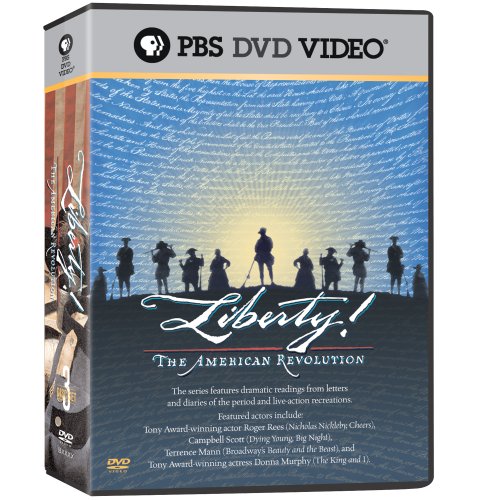 On July 3, John Adams, who of course features prominently in the documentary, wrote to his wife Abigail describing his thoughts and emotions following the Continental Congress’ approval of the resolution calling for independence from Great Britain the day before:

The Second Day of July 1776, will be the most memorable Epocha, in the History of America.—I am apt to believe that it will be celebrated, by succeeding Generations, as the great anniversary Festival. It ought to be commemorated, as the Day of Deliverance by solemn Acts of Devotion to God Almighty. It ought to be solemnized with Pomp and Parade, with Shews, Games, Sports, Guns, Bells, Bonfires and Illuminations from one End of this Continent to the other from this Time forward forever more. (source: Founders Online, National Archives)

May you have a wonderful day of Pomp, Parades, Shows, Games, Sports, Guns, Bells, Bonfires ,and Illuminations.

8 Things I Love About the USA