Wild horses couldn't have kept us away from today's adventure.  In fact, wild horses were what we were looking for as we set out this morning for Khustain National Park, about 100 km west of Ulaanbaatar. The park is home to a horse called Przewalski (known locally as Takhi, which means 'wild horse'), which are believed to be the ancestors of modern domestic horses. Przewalski is the name of a Polish explorer who 'discovered' the horse in 1878. Nearly extinct until recently, in 2004 they were re-introduced into the wild here in Mongolia and now number several hundred.

We spent our day in a small van bouncing around the tracks (something less than a road) of the park trying to get a glimpse of this unique breed of horse.  After 3 hours of coming up empty, we finally decided to give up and head back out to the highway.  As we were racing down the track our driver spotted a small herd of the horses up ahead.  We were in luck.  We got out and took tons of pictures.  Here's my favorite: 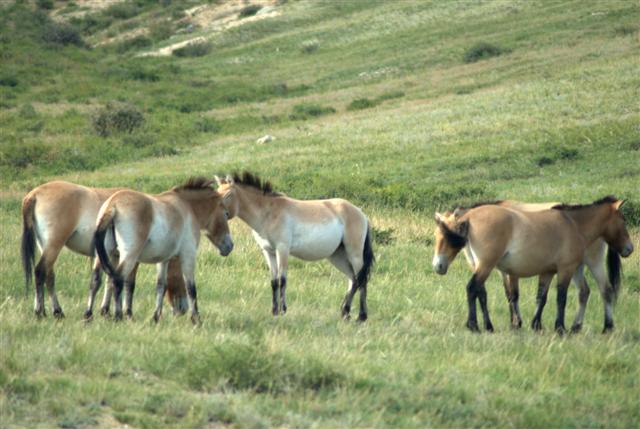