Various news outlets today reported on the dismantling of the Olympic torch that has been sitting on it's side atop the Bird's Nest since the close of the Olympic Games 2 years ago.  Here's what the Daily Mail had to say:

More than two years after the Beijing Olympic Games ended, workers today began removing torch on top of the Bird’s Nest stadium. The 45-ton structure, which remained lit during the 18-day competition in 2008, will take at least a month to haul down to the ground. Then it will be moved to an exhibition near the complex and put on display so that visitors can see it close up. 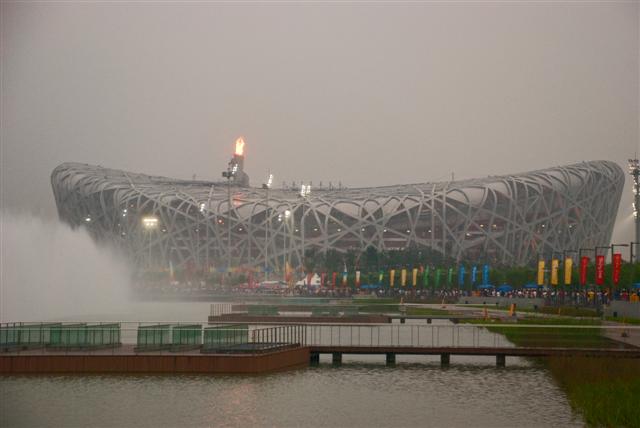 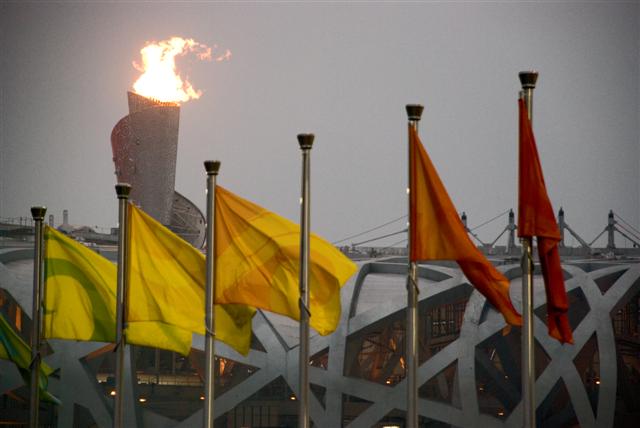 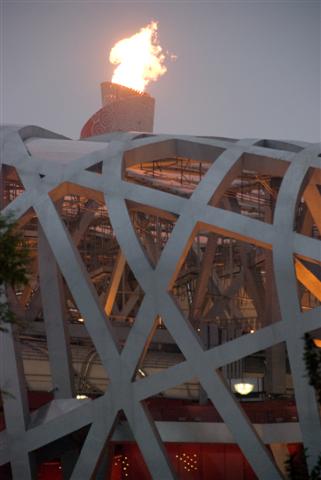 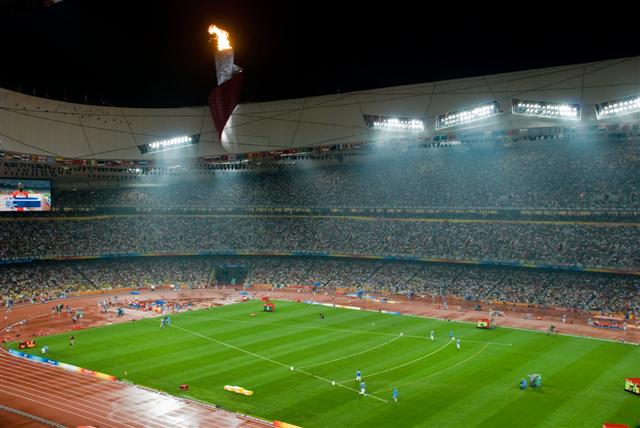 Remembering some fun times that summer.