Until the 1960s it had long been thought that Norsemen (Vikings) had been the first Europeans to reach the shores of North America. This belief stemmed from the descriptions recorded in ancient Norse sagas. But proof was illusive.

That changed when 2 archeologists, searching a site on the very tip of the Northern Peninsula of Newfoundland that local fisherman believed was an ancient native village, discovered artifacts that were consistent with Norse culture..

That place on the tip of the peninsula is called L’anse Aux Meadows, and is today recognized as the place where a small group of Vikings — most likely led by none other than Lief Erickson — who had sailed down from their communities in Greenland, established a settlement. It is now a national park, hosting remains of the settlement, as well as replicas of what the houses might have looked like.

Here’s a a bit of the history, from the website thoughtco.com:

Around the turn of the 19th century, Canadian historian W.A. Munn pored over medieval Icelandic manuscripts, reports by the 10th century CE Vikings. Two of them, “the Greenlander Saga” and “Erik’s Saga” reported on the explorations of Thorvald Arvaldson, Erik the Red (more properly Eirik), and Leif Erikson, three generations of a rather cranky family of Norse mariners. According to the manuscripts, Thorvald fled a murder charge in Norway and eventually settled in Iceland; his son Erik fled Iceland under a similar charge and settled Greenland; and Eirik’s son Leif (the Lucky) took the family westward still, and circa AD 998 he colonized a land he called “Vinland,” Old Norse for “land of grapes.”

Leif’s colony remained at Vinland for between three and ten years, before they were chased away by constant attacks from the residents, ancestors of the First People of Canada called Skraelings by the Norse; and Recent Indians by archaeologists. Munn believed that the most likely site for the colony was on the island of Newfoundland, arguing that “Vinland” did not refer to grapes, but rather to grass or grazing land, since grapes don’t grow in Newfoundland.

Today we got to spend some time exploring the site. Here are a few pics:

As we were wandering around the site, the fog suddenly lifted, revealing a large iceberg on the other side of the bay. We hopped into the car and drove over there to catch this glimpse (with the Viking village site in the background): 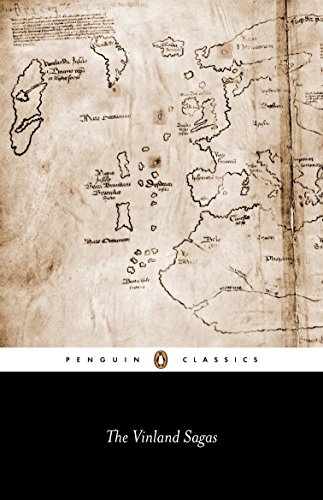