I’m now back in Beijing after a wonderful few weeks in the land down under.  For this traveler who usually flies strictly east-west, it was kind of strange to fly for 12 hours, and actually arrive at my destination the same day, not a day later, or as is the case when I fly to the US from China, a few hours before leaving.  I will say, however, that the South China Sea seems very very big when flying over it from south to north!

I believe the last post I wrote about Australia was as I was setting out on my east coast drive, in search of the Bay of Fires.  Well, I’m happy to report that the Bay of Fires did not disappoint—long deserted beaches with white sand and turquoise water. 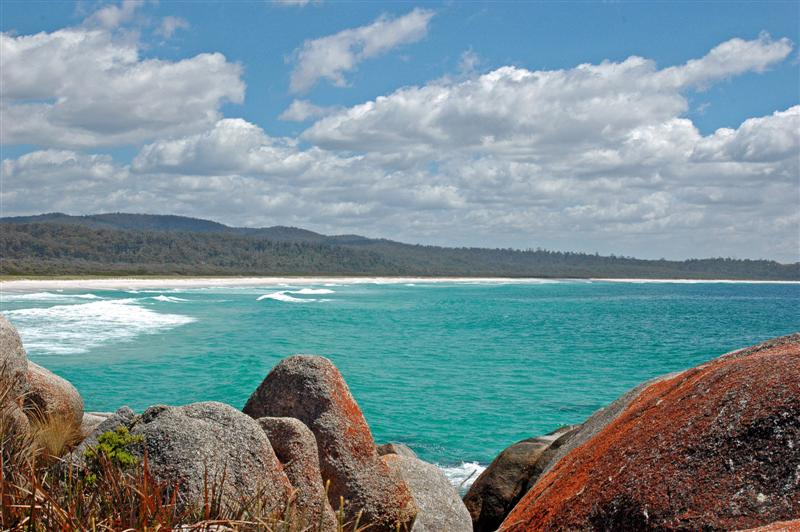 After Bay of Fires, I drove down the coast to Freynicet National Park.  My main goal was to hike up a mountain to view Wineglass Bay.  It would have been great to hike down to the beach, but it was a case of my spirit being willing but my knees saying ‘DON’T EVEN THINK ABOUT IT!’. 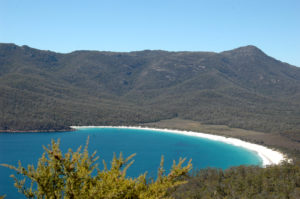 From there I drove down to Hobart (the state capital), then back to the Launceston area to bid farewell to my friends there before flying off to Sydney for a couple of days on my way home.  Getting out of Launceston turned into quite the drama.  I got to the tiny airport 4 hours before my flight because I needed to drop of my rental car to avoid getting charged a whole other day.  Unfortunately the flight that I spent 4 hours waiting for was cancelled. The incoming flight from Sydney was late because lightening had hit a fuel depot at the airport, shutting everything down for several hours.  By the time it got to Launceston, there wasn’t enough time for it to get back to Sydney before the 11pm curfew.  So they put us all up at a hotel in town, and flew us out the next day.

As for Sydney, I really only have one word:  WOW!  Ok, I’ll write a few more…..one of the things that kept running through my head was why can’t we have any urban spaces in the US that work like this?  Yes, it has the stunning physical beauty (like Seattle, but with better weather), but it has so much more that makes it an urban area that is pleasant and fun and works!!!

Australia’s a great place, and I hope this was just the first of many visits.  Hey, I’ve got to go back….I signed up for Qantas’ frequent flyer program!!!