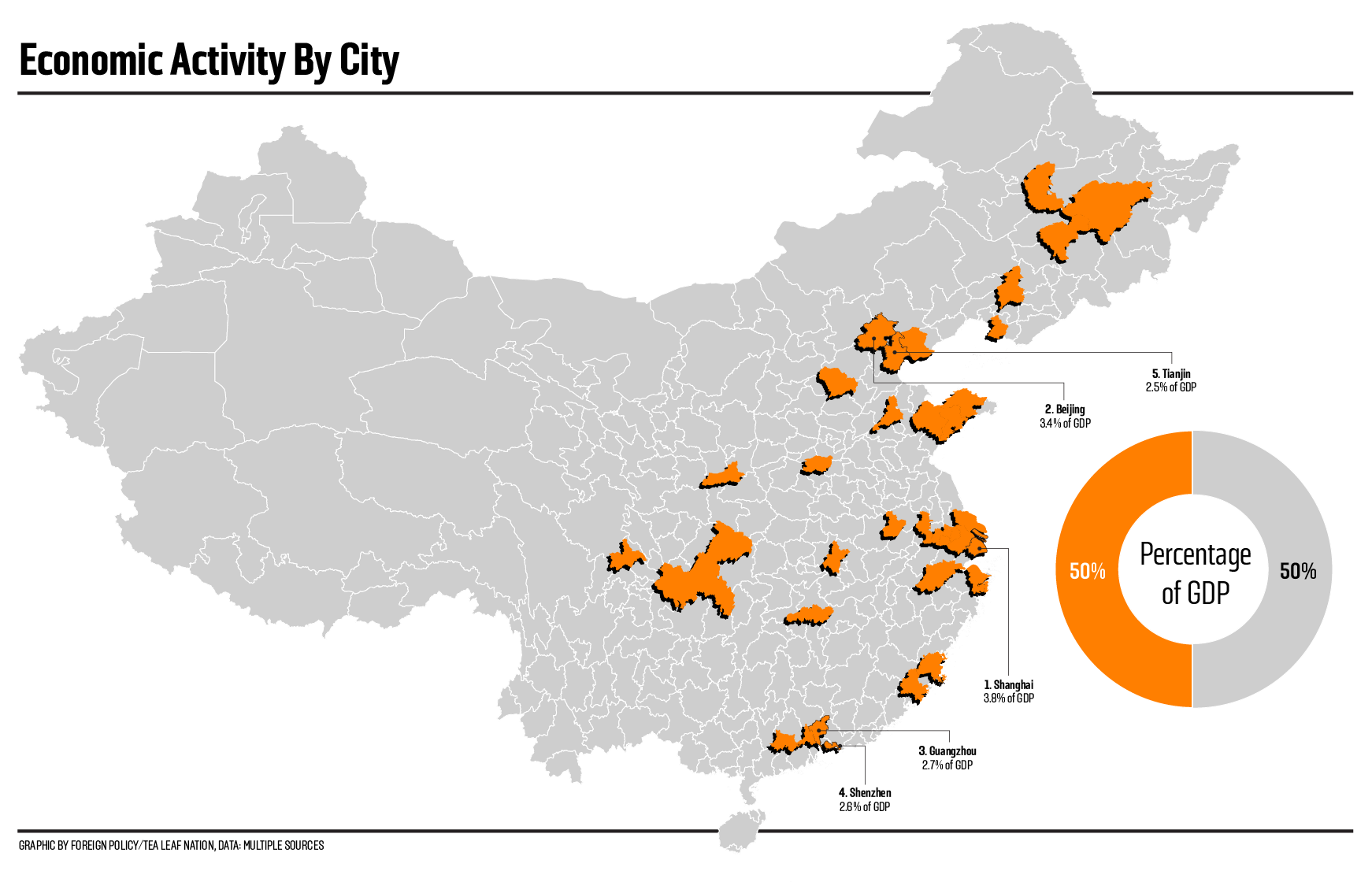 It is often said that there are two China’s — urban China and rural China. But according to this map, recently published on Tea Leaf Nation, China can be split in half according to GDP distribution. Here’s the description: Foreign Policy compiled GDP figures reported by municipalities across China and found that 35 cities contributed just […]