When I was living in Changchun in the 1990’s it was common to field requests to be “token foreigners” at various events or productions. Changchun is home to one of China’s largest film studios so whenever a director was in need of a foreign face for a film, he/she would call up the Foreign Student […] 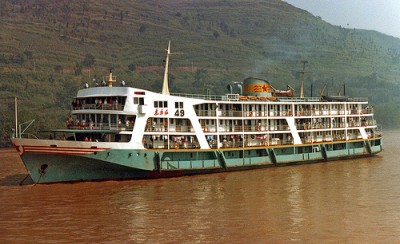 “There will be Chinese people on the boat,”  said the voice at the other end of the phone line.  For the 5th time in as many days this was the response I got from a travel agent I had contacted asking for assistance in booking passage on a local ferry boat to take Noel and […]