Today marks the 30th anniversary of the fall of the Berlin Wall. Seven weeks later, the Soviet Union Collapsed. At the beginning of 1989, no one could have imagined these two events.

Last summer I had the opportunity to make a super brief visit to Berlin. On the street in front of the Brandenburg Gate, all that is left there are bricks that mark the wall’s former location. 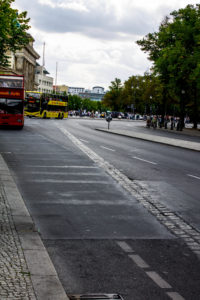 Allow me to commend a few resources about the Wall and its sudden and historic fall.

Berlin 1961: Kennedy, Khrushchev, and the Most Dangerous Place on Earth, by Frederick Kempe 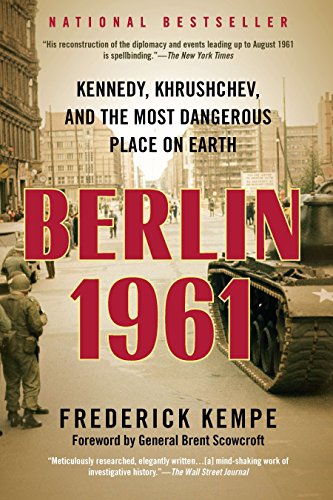 It’s a fascinating story of political tensions that led to the building of the wall. Here’s the description from Amazon:

Much has been written about the Cuban Missile Crisis a year later, but the Berlin Crisis of 1961 was more decisive in shaping the Cold War-and more perilous. It was in that hot summer that the Berlin Wall was constructed, which would divide the world for another twenty-eight years. Then two months later, and for the first time in history, American and Soviet fighting men and tanks stood arrayed against each other, only yards apart. One mistake, one nervous soldier, one overzealous commander-and the tripwire would be sprung for a war that could go nuclear in a heartbeat.

On one side was a young, untested U.S. president still reeling from the Bay of Pigs disaster and a humiliating summit meeting that left him grasping for ways to respond. It would add up to be one of the worst first-year foreign policy performances of any modern president. On the other side, a Soviet premier hemmed in by the Chinese, East Germans, and hardliners in his own government. With an all-important Party Congress approaching, he knew Berlin meant the difference not only for the Kremlin’s hold on its empire-but for his own hold on the Kremlin.

Neither man really understood the other, both tried cynically to manipulate events. And so, week by week, they crept closer to the brink.

It’s a rather gripping story!

The Collapse: The Accidental Opening of the Berlin Wall, by Mary Elise Sarotte. 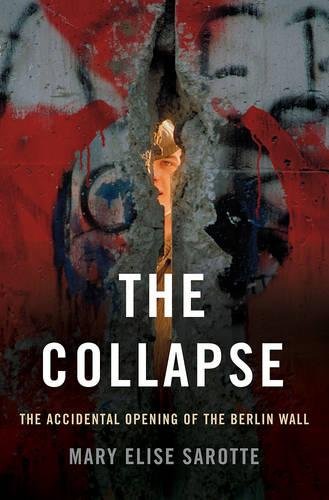 The book tells the amazing story what happened 30 years ago today. It wasn’t a grand plan. A border guard got so frustrated at the mixed messages coming from the leadership of East Germany that he finally just started letting people through. At that point, it was over. From the Amazon description:

In The Collapse, prize-winning historian Mary Elise Sarotte reveals how a perfect storm of decisions made by daring underground revolutionaries, disgruntled Stasi officers, and dictatorial party bosses sparked an unexpected series of events culminating in the chaotic fall of the Wall. With a novelist’s eye for character and detail, she brings to vivid life a story that sweeps across Budapest, Prague, Dresden, and Leipzig and up to the armed checkpoints in Berlin.
We meet the revolutionaries Roland Jahn, Aram Radomski, and Siggi Schefke, risking it all to smuggle the truth across the Iron Curtain; the hapless Politburo member Günter Schabowski, mistakenly suggesting that the Wall is open to a press conference full of foreign journalists, including NBC’s Tom Brokaw; and Stasi officer Harald Jäger, holding the fort at the crucial border crossing that night. Soon, Brokaw starts broadcasting live from Berlin’s Brandenburg Gate, where the crowds are exulting in the euphoria of newfound freedom—and the dictators are plotting to restore control.

Open The Wall is a great movie that tells this story as well — from the point of view of the border guards who made the decision to start letting people cross the border. 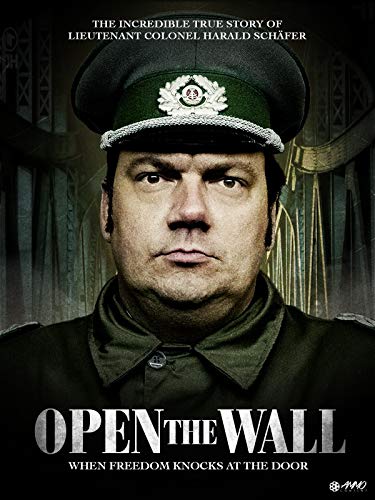 If you’re looking for a movie to watch this weekend, make it this one.

And finally, because I’m always looking for a hook to China, here’s an interesting article published by Echo Wall today: China’s Berlin Wall, by Qian Gang.

For decades in China, the Berlin Wall has been a potent political symbol. But the wall’s meaning for the Chinese leadership has shifted back and forth over time. In the wake of the Second World War, the wall symbolized the oppressive and divisive powers of the capitalist West. As Sino-Soviet relations soured, the wall focused criticism on Soviet hegemony. And as political change gripped Europe in the 1980s and 1990s, the wall directed reflection back on “the East” and the fate of both China and the communist world.

Today, as China slips back into a more hardline posture reviving Mao-era sentiments about “the east wind prevailing over the west wind,” the symbolic meaning of the wall seems to have come full circle. A look back on the wall’s unique history in China can tell us a great deal about Chinese politics of yesterday and today.