Since I lived in Beijing for the last 15 years of my time in China, it’s not often that I get nostalgic for Changchun, the city in Northeast China that was my home for most of the 90s. Recently I found myself thinking of my time there and the experiences I had. I am, dare I say, homesick for Manchuria.

I blame (well, give credit to, really) Michael Meyer and his book In “Manchuria: A Village Called Wasteland and the Transformation of Rural China.” 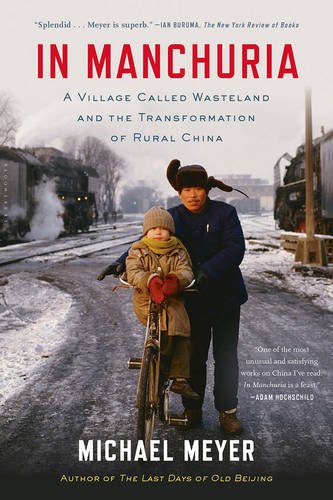 Here’s the description from Amazon:

For three years, Meyer rented a home in the rice-farming community of Wasteland, hometown to his wife’s family. Their personal saga mirrors the tremendous change most of rural China is undergoing, in the form of a privately held rice company that has built new roads, introduced organic farming, and constructed high-rise apartments into which farmers can move in exchange for their land rights. Once a commune, Wasteland is now a company town, a phenomenon happening across China that Meyer documents for the first time; indeed, not since Pearl Buck wrote The Good Earth has anyone brought rural China to life as Meyer has here.

Amplifying the story of family and Wasteland, Meyer takes us on a journey across Manchuria’s past, a history that explains much about contemporary China–from the fall of the last emperor to Japanese occupation and Communist victory. Through vivid local characters, Meyer illuminates the remnants of the imperial Willow Palisade, Russian and Japanese colonial cities and railways, and the POW camp into which a young American sergeant parachuted to free survivors of the Bataan Death March.

I particularly enjoyed his forays into the history of Manchuria, a place that most in the west have never heard about. Derived from the Chinese word Manzu (满族), which refers to the Man people group, Manchuria as a “nation” was a puppet state established by the Japanese during their occupation of the territory during World War II. Today the region is known simply as Dongbei (东北) – the Northeast.

Meyer (who, I might add, is a fellow Minnesotan) captures so well the sights and sounds of the region that I had begun to fade: wide-open spaces; the uniqueness of the northeast dialect; the blunt communication style, and glimpses of history at every turn.

If you have lived Dongbei, are planning to live in Dongbei, or perhaps simply know someone who does, this book is a must-read!