In light of today’s date (June 4), allow me to recommend a book: The People’s Republic of Amnesia: Tiananmen Revisited, by Louisa Lim. 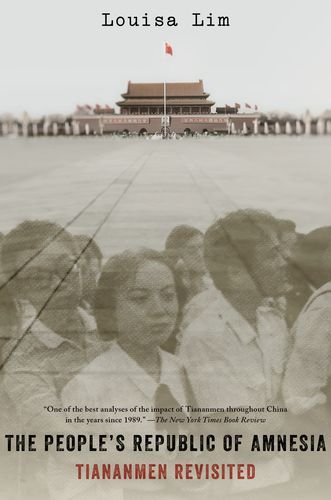 From the Amazon description:

On June 4, 1989, People’s Liberation Army soldiers opened fire on unarmed civilians in Beijing, killing untold hundreds of people. A quarter-century later, this defining event remains buried in China’s modern history, successfully expunged from collective memory. In The People’s Republic of Amnesia, Louisa Lim charts how the events of June 4th changed China, and how China changed the events of June 4th by rewriting its own history.

It’s one of the best books I’ve read, not just about the events of that day, but of the subsequent campaign to make sure it is forgotten. Having lived in China for most of the 26 years since then, I have to say the campaign has largely been successful.